US FGM case dismissal is a missed opportunity 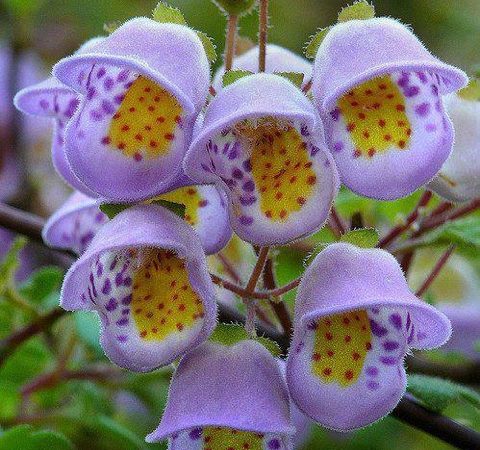 The November 2018 US ruling which resulted in most FGM related charges against the Physician, Dr Jumana Nagarwala, her associates and mothers being dropped should be welcomed. But it also represented a missed opportunity – to test the religious freedom aspect of the First Amendment of the Constitution and to define ‘harm’.

The case has usefully drawn attention to the one-sided dialogue which persists in regard to female genital practices, collectively termed ‘mutilation’, which needs discussing. So all encompassing and derogatory is the word that it has turned all questions about female genital procedures into conversation non-starters. It also has led to the stigmatisation of health professionals who perform it, as well as women and faith communities who support and practice it.

Judge Friedman’s ruling that the 1996 federal law against FGM is unconstitutional has sent shockwaves around the world.

In it, he reminded us that Congress can only make laws that fall within powers explicitly outlined in the Constitution. Congress in this instance had over-reached its authority, and the power to regulate the practice remains with state governments only.

Dr. Nagarwala was among eight people charged in a federal court in Michigan in connection with the alleged ‘genital mutilation’ of nine girls between 2015 and 2017. She has denied the charges, claiming that she was following the religious obligation of her Muslim sect, the Dawoodi Bohra, when she performed a harmless, ritual nick to their clitoral hoods (khafz), in a medical setting. But the practice is viewed in US law and by the World Health Organisation (WHO) as ‘FGM’.

This has proven a difficult ruling for non-legal specialists to comprehend and activists to accept. In Britain some viewed it as ‘the US moving backwards‘.

Others have even asserted that it has given the green light to perpetuating the violence against women and girls that they consider FGM to be. A recent letter to The New York Times by Aissata Camara entitled A Loss for Survivors of Female Genital Mutilation, illustrates this.

She implied the ruling raises the risk of genital cutting for thousands of vulnerable girls across the US, that survivors (of which she is one), and girls at risk are alone, despite that it was estimated in 2012 that 513,000 women and girls were at risk of, or had been subjected to FGM.

But that is not what the Judge was saying. The videos ‘Did a US judge just make FGM legal?’ by ethicist, Brian Earp and this by lawyer, Will Chamberlain, usefully explain why he ruled the federal, anti-FGM statute unconstitutional.

I am pleased that this has resulted in most charges against Dr Nagarwala, her associates and the mothers being dropped. But I wish nevertheless that the case had been heard.

That’s because the court would have had to judge whether the form of female circumcision the girls underwent (WHO Type 1a) is actually a crime. To many, it is a harmless, religious practice, far less severe than male circumcision, which is routinely and legally carried out on many US boys for religious and cultural reasons. In that sense it represents a missed opportunity to open a discussion as to why male circumcision is legal while female is not.

Under the First Amendment, free religious expression is a fundamental right of Americans, just as freedom of speech and association is.  But these rights are increasingly under threat.

The case would have tested the religious freedom aspect and opened up a much needed discussion about the reasons for and types of  genital alterations and modifications that are practiced worldwide. As well as how harm is defined.

A precedent was set in Sydney, Australia this year when a court reconsidered whether what was done to Dawoodi Bohra girls there amounted to mutilation. In an appeal hearing, the judge concluded that female circumcision, as performed on the two girls, did not.

The judgement stated in para 521:

‘For the reasons set out above, we have concluded, on balance, that the extrinsic materials relied on by his Honour do not permit a construction of “mutilates” that departs from its ordinary meaning and we consider that its ordinary meaning connotes injury or damage that is more than superficial and which renders the body part in question imperfect or irreparably damaged in some fashion. It follows that we have concluded, with the greatest of respect for his Honour’s careful analysis of the legislation, that his Honour misconstrued the meaning of “mutilates” and hence misdirected the jury as to an essential element of the offence.’

The conclusion drawn was that it did not amount to FGM as defined by WHO.

In the US, the Doctor’s defence lawyer agrees that khafz is not ‘FGM’, saying “We know there is female genital mutilation. No one is saying it doesn’t exist. But what we’re saying is this procedure does not qualify as FGM,”  “And even if it did, it would be exempt because it would violate their First Amendment rights. They believe that if they do not engage in this, then they are not actively practicing their religion.”

In response to Judge Friedman’s ruling, the Michigan governor signed new laws prohibiting the practice of FGM. But as the laws apply only to future violations, it does not affect the defendants in this case who were charged under the old federal statute.

The remaining charges against Dr Nagarwala are likely to be heard in February 2019. The Criminal Defence Lawyer wrote this in September 2021 when she learnt that she’d won the case for Dr Nagarwala.

Another useful and interesting analysis by Brian Earp:  ‘Unconstitutional’ US anti-FGM law exposes hypocrisy in child protection can be found here (although I’m not endorsing it).