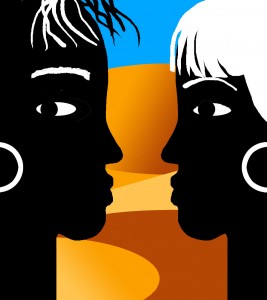 Shifting Sands is a website initiative aimed at responding to the shifting terms of debate around Female Genital Mutilation / Cutting (FGM/C), established by myself, Bríd Hehir.

I first encountered Female Genital Mutilation/Cutting (FGM/C) in the 1970’s when I worked in Africa as a young volunteer nurse with Concern, Ireland. We held mobile clinics in the Ogaden – the contested border area of Somalia and Ethiopia.

A newly circumcised 4-7 year old girl was brought to our mobile clinic, bleeding profusely. We couldn’t help her so she died. All involved were distraught.

Later, I spoke to the cutter and asked her to promise me that she’d not cut any more children. She promised. But we both knew that wouldn’t happen. I’d learned enough about the practice to understand its importance to the people who supported it, even if I didn’t agree with them.

Fortunately, I didn’t encounter any other children or women who’d been cut, but maybe they kept well away from me, fearing my disapproval?

I retained a keen interest in health in the developing world throughout my working life in the UK’s National Health Service. I worked professionally with a significant number of immigrants in London from 1980 onwards, and in a variety of roles (midwifery, abortion, community nursing, health visiting, contraception, sexual health and management). My frequent trips to a variety of African countries for holidays, and as a fundraiser to support nurse training in Sierra Leone and Malawi, also helped maintain my interest. I wrote about a variety of topics here.

FGM/C was not an issue for health professionals in the UK while I practised, and I didn’t encounter a single woman whom I knew or saw had been cut. But one health visitor colleague did.

The woman had undergone the most severe form of FGM/C in Somalia. My colleague still remembers the encounter and how surprised she’d been to learn of it. She’d known nothing of the practice prior to then.

None of us ever encountered a child who’d been cut either. The topic never arose as a health or child protection issue. Nor was it mentioned in editions of ‘The Child in Mind’, the handbook that became our child protection ‘bible’. The book was written by London-based health professionals (health visitor, Judy Barker and community paediatrician, Deborah Hoades) with a special interest in child protection. I accept this doesn’t mean that women may not have undergone the practice: we just didn’t know.

Some midwives may have encountered women who had FGM/C, but presumably didn’t see any need to share this information with us because they did not have concerns about them.

I was therefore puzzled to learn a few years ago that FGM/C was perceived to be a huge and growing problem in Britain, and in London in particular. This contradicted everything I, and my former colleagues, knew from experience. Perhaps I was completely out of touch?

I decided to investigate the official facts, as presented by campaigners and various Government Departments, including the Department of Health. I explored the enquiries and campaigns that ensued to find out why they commanded such intense interest and concern, as well as  galvanised such support among the media and the public.

The questioning pieces that I’d had published when I first dipped my toe in the water were mostly met with hostility from anti FGM/C campaigners. But they were well received by some immigrants, community workers and professionals.

I remain puzzled and decided to explore the issue further. Hence Shifting Sands.