Nine reasons why Kenya might be losing the fight against FGM 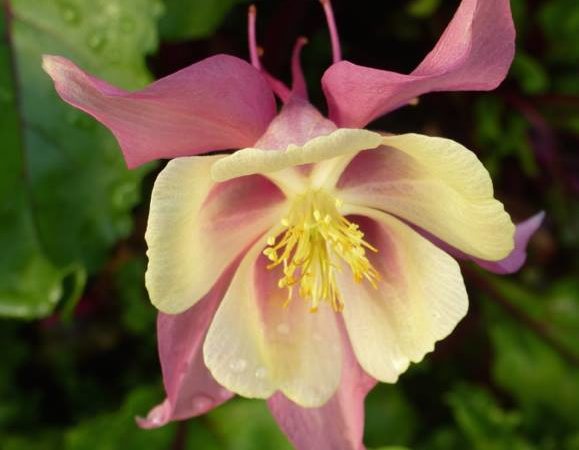 Ever since I learnt of the practice, I purposed to make a personal contribution towards its eradication. I have been a passionate activist and blogger against the practice; writing for my site and guest blogging for a couple of other sites, touching on various areas around FGM, Child /forced Marriage.

Nonetheless, my consistent focus on the issue has spiraled me to becoming a top authority figure in the field; meaning I can authoritatively speak about the subject from an informed perspective, without fear or favor.

Over the years, I have observed the bandwagon make progress and also falter along the way. Indeed both quantifiable and non-quantifiable progress has been made especially in terms of awareness creation through media advocacy, and also through social media channels. There also has been slight progress in terms of enforcement of policies and legislations. In effect, lives have been saved through averted FGM incidents. Additionally, there have been various media reports about girls who were at risk of FGM being able to complete primary/secondary/tertiary education after being spared or being rescued from the cut.

The fight against FGM in Kenya has been and is still receiving tumultuous resistance. A revisionist movement is slowly but surely pushing back. Unless campaigners revisit the journey and make right whatever is wrong, we risk detouring back to the starting point!

My candid observation arrived at nine main reasons why we could be losing the battle.

Every practicing community has its own reasons for upholding the practice and would therefore not welcome any other divergent views, even from one of their own. Having stated this, organizations that get through to communities imagining that they know best what the community should do lose terribly. What works for community A might not work for community B. Imposing change on communities only brings forth backlash.

Grassroots organizations often lose it especially when implementing what the donor wants versus doing what is right! Such initiatives are neither community led nor community owned. It’s no wonder you hear of girls undergoing the cut hours after a community public declaration ceremony/ Alternative Rites of passage (ARP) ceremony!

I would wish to focus on this point because I feel here is where we get it wrong! Unless the community takes center stage in leading the fight against FGM, we would rather save the resources or direct them elsewhere.

Well, when I joined the bandwagon, I could almost recite all the reasons as to why FGM should end. These ‘Recitable” reasons make perfect sense to survivors of FGM and those who have second hand experience of FGM. I have not long ago written an article The FGM conversation has to change. Briefly, (for those who won’t bother with the link) I believe it’s time we moved the conversation from the known health and social cultural issues to a more holistic approach; framing around the socio-economic and political impact of FGM, so that reasons for abolition make sense to every person, young and old. We honestly need to focus on how such cultures obstruct the emancipation of girls and women.

Whereas I recommend the use of social media to create awareness on FGM and push for realization of its various agendas through its critical mass as well as exchange of ideas and experiences, the only challenge remains its exclusiveness. Most of the discussions that take place on social media hardly proliferate to the afftected population. It as though the two groups (online and offline) exist in two different worlds, one functioning as the others’ mouthpiece. Social media has also become a place where a lot is said and very little done, where after talking, individuals retrieve back to their conform zones – a bickering space, if I may describe it.

How many people in rural Kenya can access internet, let alone afford smartphones? Of course, it is new media but we cannot drive real change without touching and feeling the ground.

#4.  Lack of capacity
There is a ton of campaigners, some of whom are survivors, who have great passion to advocate against the practice but lack the basic know-how. They lack skills to manage organizations and finances that come along. They do not know how to speak on media, they can not monitor and evaluate their projects, they do not know how to embrace technology etc.

#5.  Lack of passion and greed

#6. Loopholes in the law
The 2011 Anti-FGM act as it stands does not satisfactorily secure girls from FGM. We all know where the loopholes are and must work to address them sooner than later. I will not say much about it for fear of contempt of court due to the on-going petition against the FGM law.

#7. Inability to tap into devolution
Ever since Kenya adopted a devolved system of governance, campaigners have been unable to take advantage of the opportunity. Never before have we been closer to the government. The devolved ministries of gender and sports/culture need to be actively engaged. It is a good thing that campaigners can now easily access their leaders. I applaud Kajiado county for fully domesticating the Anti-FGM law, to suit their context.

#8. Lack of political will

If elected leaders made eradication of FGM their priority, it would be a thing of the past. But we all know they will never risk losing their political seats! Very few have publicly spoken against the practice but a majority avoid the subject as a plague!

I shall not bring up the common issue of lack of funds. This is the most mundane excuse that I keep hearing. If we seriously want to end FGM, we do not require billions of shillings, we require the will and honest conversations. Conversations emanating from the bottom, coming up to the top, and not the other way round!

*Lorna Andisi is a freelance writer, blogger, feminist, human rights defender and a mother in Kenya.

This piece was originally published 5 February 2018 and is republished here with permission.