How effective are FGM laws? 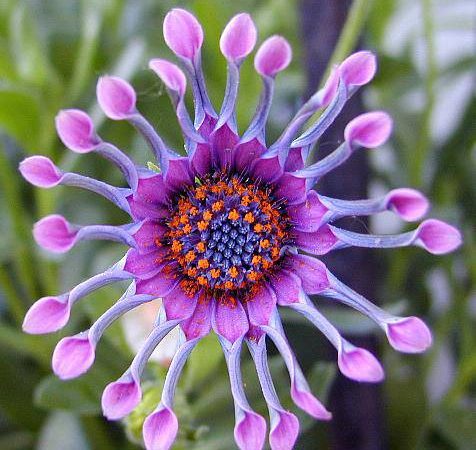 Little light was shed but a number of myths were perpetuated and remained unchallenged in the Westminster discussion ‘Let’s Talk FGM: How effective is the law?

These included that FGM is a taboo subject, that it’s impossible for victims to get over it, that multi-agency intervention is good and more community involvement is needed, and that the law is not being well used. All of this despite that there is no evidence that the practice is even occurring in Britain leaving one to wonder, even if there were some cases, whether the response is in any way proportional?

This discussion was held in memory of Eleanor Rathbone, an independent member of parliament between 1929-1946 as well as a long-term campaigner for women’s rights. It was justified on the basis that “FGM has been debated in Parliament since late 1929, when Eleanor was instrumental in setting up the Committee for Protecting Coloured Women in the Crown Colonies, campaigning against the practice of clitoridectomy amongst the Kikuyu tribe in Kenya.” The evening event was hosted by Helen Goodman MP by way of a tribute to her and fellow MPs for their pioneering stand.

It was chaired by Jane Garvey, presenter of BBC Radio 4’s Woman’s Hour. She suggested that we weren’t making a success of tackling this taboo practice in the UK or elsewhere. Was that because we don’t want to believe it’s happening here? Or maybe we are afraid of what we might find?

Hibo Wardere (HW), an engaging activist and author was first to address the event. She described the trauma that she suffered as a child when infibulated as well as the short and long term effects. People in the packed audience, many of them criminology students, were transfixed in horror.

She generalised from her experience however and forgot to mention that not all types of genital cutting are as extensive as what she underwent. It is thought that 10 per cent only of FGM is infibulation. She also suggested that victims are traumatised for life as a consequence. I’m sure some are, but everybody? That seems unlikely and is surely context dependent?

She reported what is generally know to healthcare professionals in the speciality, that some women don’t even know that they’ve undergone the practice or the type. She was adamant however that it causes huge damage to them and their families. She stressed that when professionals get involved in discussing anything related the practice with them, that trust is hugely important.

Detective Chief Superintendent Gerry Campbell (GC)  was next to speak. He was knowledgeable and insightful, and spoke like a sociologist who, whilst appreciating that FGM is a crime, recognised that prosecutions alone wouldn’t prevent or eradicate it. That’s because he understands it as a social phenomenon, most often based on superstition and myth, practised in order to keep women pure, to control their sexual autonomy and to maintain fidelity. He believed the practice is perpetuated by men because some choose to marry cut women only.

He regretted that while there were no convictions yet, some proactive investigations were happening that he couldn’t talk about. Perhaps they are the ones the Crown Prosecution Service is currently considering whether to prosecute doctors for carrying out female genital surgery on consenting adults? That’s because, under the 2003 FGM law, this is considered mutilation and as ‘girl includes woman’ is therefore unable to give informed consent.

In general he thought that media sensationalism around the issue does not help the cause. Solutions need to be community based and driven.

He believes that the role of the police is to support and empower others. They are enabled to do this through a new National Police Chiefs’ Council strategy which aims to support the eradication of FGM.

Kate Bex (KB), the Barrister who prosecuted the then junior doctor on behalf of the Crown Prosecution Service in the UK’s first FGM trial in 2015, suggested that the case was not the failure it was generally perceived to be. That it was unproven. She reported that four applications had been made to the judge during the trial asking that the case be dismissed. He had declined however, wanting the jury to consider the evidence. She interpreted this as the judge believing there might be an actual case to answer.

This contrasts with the public perception of the trial: that the judge wanted the jury to consider all of the evidence presented so as to eliminate any possible doubt about the verdict. KB didn’t disagree when JG suggested it might have been a systems failure. But explained as a consequence, the Royal College of Obstetrics & Gynaecology’s Green Top Guideline which describe how FGM should be the managed, were revised after the trial and re-published in July 2015.

Naz Shah MP (NS) and Home Affairs Committee member with a particular interest in honour based violence and forced marriage, but new to the topic of FGM, believed the law wasn’t working. She didn’t understand e.g. why historical cases were not being prosecuted. She was advised it was because most historic cases had taken place outside of UK jurisdiction. She posited that people here might be avoiding the issue for fear of being branded racist. And thought that cultural sensitivity was a negative response to the issue but that cultural awareness was a positive one.

Helen Goodman MP suggested that more needed to be done to combat the practice globally, otherwise we are colluding in its continuance. She wondered what DfID’s role was in this regard?

A discussion between attendees and the panel of speakers then ensued. Issues raised included how teachers might react should a girl seek their advice, fearing younger siblings were to undergo the practice and worrying about the repercussion for parents and family.

Others suggested that mothers didn’t have a choice and were often pressured by other/older women into having daughters cut. The importance of the practice to Bondo society where young women undergo it as part of their initiation, was also described. Some wondered how best to support affected women and girls with their associated mental health problems. Others reported that communities feared social worker and police involvement in regard to the practice.

GC reported that while protection of life was a priority for the police, they use their new strategy to guide their approach to working with families and communities: that they would never rush in or automatically take children into care. They would instead make carefully balanced decisions in collaboration with others. He acknowledged however that there was no place within the force for risk-averse decision making. That approach might suit other services but not the police force.

He reported that FGM Protection Orders could be sought where under 18’s were considered ‘at risk’. Of the 88 applied for 77 has been granted.

HW thought FGM PO’s an amazing legal development and reminded us of a positive associated aspect: that children’s passports could be removed from families and not returned until girls reached 18 years. She considered the involvement and support of organisations like the police, social care and local authorities welcome because all are safeguarding children from FGM which is child abuse.

NS agreed and believed that one abused woman/child was one too many, by implication that the response was proportional.

HW praised the French approach to FGM and partially explained how they deal with the issue. She failed however to appreciate how racist the French approach is but conceded that their practice of genital examination of children would not be acceptable in the UK because it would breach their human rights. She thought children should only be genitally examined here if there was good evidence. Otherwise it could stigmatise communities.

A woman in the audience described her experience of cultural insensitivity by NHS staff when she accessed care during her pregnancy, labour and delivery. She also asked (repeatedly) why there was mandatory recording of women’s personal information by the NHS if they had undergone FGM. This included the centralisation of their names and addresses to a specific NHS database. She mentioned that no other patient group had this done to them and wondered why these women were specifically being singled out?

I elaborated, and accused the NHS of double standards in this regard. And advised that this data collection and centralisation was being done with or without patients’ consent. Was this not exploiting the trust, identified by HW, as so important?

I also mentioned that despite the hype, there was no evidence of an FGM epidemic in the UK. Neither was there any evidence of the practice being carried out here.

I reminded attendees that through the mandatory reporting duty, suspected or actual FGM in under 18’s had to be reported direct to the police by registered professionals. So they were effectively having to act as arms of the criminal justice system. What more evidence was needed of how undermining of patient’s trust this was? And I accused activists like HW of acting like community police in their active support for such measures.

Emma Fort (solicitor) mentioned the work she does in supporting health practitioners who were involved in the infamous FGM trial. She thought that more consideration needed to be paid to a new concern: the psychological impact of defibulation: opening up infibulated women and girls.

A school teacher was very enthusiastic about the work being done in schools to raise awareness of FGM and pioneered in East London by HW. School work around the issue had since snowballed. Awareness raising examples were cited e.g. special T Shirts made, a mural painted on a school wall, as well as education about FGM. She was proud that as a consequence everybody now knows about the practice. She considered educating pupils about FGM to be really empowering.

The involvement of mosques in awareness raising and prevention was also suggested by a contributor and another recommended that men should be better educated. HW agreed, suggesting that FGM only exists to benefit men. They have power in the households.

The difficulty in relying on children to volunteer information about FGM knowing the likely outcome for the family, was acknowledged. KB asked HW whether, given the opportunity, she would have prosecuted her mother. HW admitted that she wouldn’t have. They had cut her out of love.

There was no sense that anybody present wanted to acknowledge, commend or congratulate traditionally practising communities for the progress they had made in trying to abandon the practice here. Instead, the panel seemed content to continue using a sledge hammer to crack an FGM nut approach. Nor did they really want to consider that the law was not the best means of addressing this particular problem despite the examples given and concerns raised.