The racist roots of the French FGM crusade 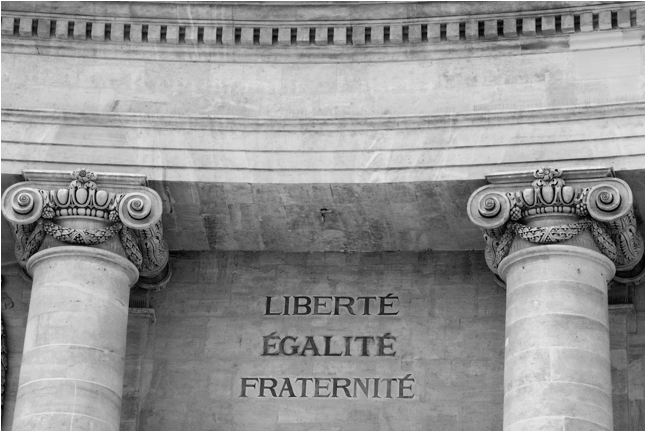 With no actual evidence that girls in the UK are at risk of FGM, campaigners turn to France, where a relatively successful anti-FGM campaign has been waged for several decades.

It is still the case that there have been no successful prosecutions for FGM in the UK in the past 20 years. This record is lamentable.’ So reports the Home Affairs Select Committee that is investigating female genital mutilation (FGM).

For UK officialdom and campaigners, the lack of prosecutions is a massive problem. All sorts of explanations are proffered, from the clandestine nature of FGM, to the reticence of girls to accuse their families or the unwillingness of medical practitioners to report possible cases.

Yet nobody wants to ask the very obvious question: is it possible that the reason for the absence of prosecutions for FGM in the UK is because there is nobody to prosecute?

One would think that a factual assessment of the prevalence of a problem would be necessary before one thinks about finding a solution. But not for FGM. The estimation of women and girls affected by FGM in the UK – 170,000 – and the estimation of girls ‘at risk’ – 65,000 – are copied and pasted throughout the media and campaigners’ literature without any questioning of the origin and validity of the figures. No wonder the Home Affairs Select Committee chair Keith Vaz could claim: ‘This barbaric crime, which is committed daily on such a huge scale across the UK, cannot continue to go unpunished.’

But these figures, which justify calls to action like that made by Vaz, do need to be questioned. It is well known that the number of women affected by FGM is very difficult to determine, even in practicing countries. This is because the issue is so private. Nonetheless, the UK estimates for FGM-affected women are confidently calculated by projecting the roughly estimated prevalence of FGM in practicing countries on to the relevant immigrant population in the UK. In other words, the estimation of ‘at risk’ girls is based on the assumption that a woman cut in her home country will most likely cut her own daughter when in the UK. Not only is this a patronising, free-will-denying assumption, but some people actually leave their countries precisely to escape the social demands of tradition and custom.

The anti-FGM campaign looks to France
With no actual evidence that 65,000 girls in the UK are at risk of FGM, campaigners turn to France, where a relatively successful anti-FGM campaign has been waged for several decades. Indeed, over the past 35 years, there have been 43 trials and 100 successful convictions. Yet there is a backstory here that is rarely told. The anti-FGM campaign in France, far from being unambiguously progressive, is intimately linked with state anti-immigration policies. As a result, the French anti-FGM campaign further isolates and criminalises one of the most vulnerable sections of French society: the non-EU immigrant population, especially black Africans.

Immigration has long been an important issue in French politics. After the Second World War, mainly male, foreign workers were encouraged to come to France, albeit temporarily. A few years later, the French government was already trying to curtail immigration by limiting work and residence permits. While the immigrant population fought back with hunger strikes and occupations, the government, in an attempt to get to grips with immigration, started to separate immigrants into privileged and non-privileged workers, according to their country of origin. In 1974, using the excuse of the 1973 oil shock, the borders were completely closed to stop immigration. The then interior minister Charles Pasqua called for ‘zero immigration’.

Due to immigrant protests and favourable French public opinion towards immigrants, the government’s strategies aimed at better integration of so-called privileged immigrants while criminalising the ‘illegals’. The ‘illegals’ were presented as a threat to public order; the unemployed among them were stigmatised; and second-generation juveniles were described as potential criminals. In the late 1970s, the government actually tried to reverse immigration by refusing new resident permits, repealing freedom of movement for black Africans, tightening border control and deporting foreigners without papers. In 1977, the government organised a programme to encourage immigrants to return to their country of origin by giving them money, but, between 1977 and 1981, only 100,000 accepted the cash and left. And they were mainly Portuguese and Spanish. The north Africans and black Africans preferred to stay, rightly worried that once they give up their permit, they would never be able to return.

The restrictions on immigration and the repression of immigrants made France’s immigrant population highly insecure. It also produced ‘les sans papiers’: people who do not have their residence papers in order, very often because of a new change in the law. This also led to large-scale immigrant protest movements, from the migrant workers’ rent strikes in the 1970s to the hunger strikes and occupations by second-generation immigrants in the 1980s.

It is against this background, during the late 1970s and 1980s, that the anti-FGM campaign started in France (the first prosecution for FGM was achieved in 1979). After the closure of the French borders, the immigrant population changed drastically and became more visible. With African men unwilling to leave France, many brought their families over to live with them. This meant that women and children with different cultures were now visible at a time when there was a heated discussion about what it meant to be French. The increasing population of African women and children was seen as a threatening alien force that could destroy France’s secularism and identity. Racism was high, not only against black Africans, but against all non-white communities, including the French Afro-Caribbean population.

It was also a period when the women’s rights movement was in full swing. However, most feminists ignored the plight of vulnerable immigrant women, whose legal status, possibility of making an income, social benefits and citizenship were completely dependent on the legal status of the man of the family. Instead, following their own personal concerns about sexual liberation (in France, ‘Female Sexual Mutilation’ is the preferred label for FGM), they started the current anti-FGM campaign, targeting and criminalising the very women who needed their help. Most of these immigrant women did not speak French, and many were isolated and lived in appalling conditions. One of the first prosecuted mothers lived in a 15 metre-square single room with her big family.

Linda Weil-Curiel, the main lawyer involved in almost all the FGM trials, and often seen as a heroine of the French anti-FGM campaign, once declared: ‘I am against those parents who live with their eyes on the past and forget that their children are citizens here.’ This statement shows that the main objective was never really to help women and girls. It was to force the immigrant population to behave in the proper French way, to live up to the ideals of republican France. Either they behave or they leave France, was the logic. Basically, this campaign was an extension of the official repressive anti-immigration policies.

The way French campaigners managed to criminalise female circumcision shows the underlying contempt they have toward immigrants. To push for a change in law, anti-FGM campaigners used a trial in which a mentally ill white French mother (with no African connections) was convicted of mutilating her daughter, under article 312 of the penal code, by cutting her clitoris. ‘If a French woman can be prosecuted by mutilating her daughter, why should African women be different?’, asked the campaigners. They even went so far as to claim that not prosecuting African mothers was an act of racism. That anti-FGM campaigners claimed their isolating and criminalising campaign was an act of anti-racism really shows up their lack of support for the rights of the immigrant population. African parents were criminalised by comparing the action of a mentally ill woman to what loving African parents do to their child, believing they are helping their daughter in her future as a woman, a wife and a mother.

Immigrant parents do not practice female circumcision with the intent to harm their child, or because they are mentally ill. They are doing it out of concern for the future of their daughters.

With no opposition, French campaigners managed to claim they were trying to be fair, and successfully had FGM defined as ‘mutilation’. There is actually no specific law against FGM in France. The prosecutions now use the law penalising mutilations of children to deal with FGM cases.

The repressive anti-FGM strategy in France now also includes: mandatory medical examinations for all children up to the age of six; the mandatory reporting of potential cases; and the prosecution of FGM cases carried out abroad. Indeed, the rights of the immigrant population are of so little concern to the anti-FGM campaign that, in 1993, when two policemen decided to check the genitals of two little girls to get evidence against the mother, no one batted an eyelid.

Still, in the 35 years since the first case in 1979, there have only been 43 trials, involving 100 girls. Tragically, there have been four deaths as a result of FGM in that time, but that does not amount to an epidemic.

Do you still think that the anti-FGM campaign in France is simply about protecting women and girls? Check the extremely tough process through which women, since 2001, have had to go when applying for refugee status. Conditions that have to be met include:
– Young girls must not be circumcised. This is proved with an official gynaecology certificate even though female circumcision is not always easy to determine.
– Mothers have to obtain an official report written by an expert from the only officially accepted anti-FGM institution, Groups Against Sexual Mutilation (GAMS). To get the necessary interview, the mother has to travel to one of the very few GAMS centres in France.
– If a parent does obtain refugee status, their child has to be re-examined every month. If she is circumcised, the refugee status and protection is lost for the whole family.
The sociologist and former director of GAMS confirms the aim of the French campaign when she states: ‘In England, you are very respectful of your immigrants. It is very different in France. They have to integrate and they have to obey our laws.’

The French anti-FGM campaign is not a progressive campaign; it’s a repressive one, showing an underlying contempt for the rights and independence of immigrant communities. With no evidence for their shocking conclusion that thousands of girls are at risk, the British campaigners are trying to imitate the racist and anti-immigrant French campaign.

Taken out of its social context, the simplification and misrepresentation of female circumcision results in anti-FGM campaigners asking for more repressive regulations, which further isolate immigrants. Instead of demonising migrants, how about providing genuine help, such as better access to medical facilities?

Dr Christine Louis-Dit-Sully is a writer and researcher based in Germany. This was originally published in April 2015 on www.spiked-online.com.