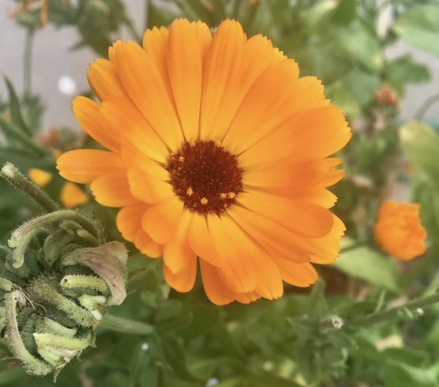 There’s growing discontent among sections of the Bristol Somali community around how anti-FGM efforts are being handled. Getting the balance wrong risks driving a wedge between families and the professionals paid to protect children.

The aromas of stewing meat and cardamom-scented rice fill the Somali cafe in Lawrence Hill. Abdihakir Asir, a father of three daughters, huddles over a table waiting for our chat to get started.

After some initial pleasantries, I realise I’m not the only one recording the conversation. Asir has his phone set on record. Given the sensitive issue at hand, he’s understandably keen to ensure the reporter sitting opposite doesn’t misquote him.

“We changed the social norms in our community – a change happened in the late 1980s and 1990s. Why are we being targeted and stigmatised for the actions of our ancestors?”

With recorders running, Asir dives in, describing the public outcry in February when a Bristol father accused of allowing his six-year-old daughter to undergo female genital mutilation (FGM) was found not guilty of child cruelty. Judge Julian Lambert threw out the case, describing it as “deeply troubling” and dismissing the evidence as “wholly inconclusive”.

That case stemmed from a tip-off by a worker for the Bristol-based charity Integrate UK, but Judge Lambert deemed the account of the key witness to be “inconsistent”. A consultant gynaecologist who examined the six-year-old found no evidence of FGM, nine weeks after another doctor had reported a “small lesion”.

In the case’s wake, Asir says, “loads of people came forward” with allegations of intrusive questioning around FGM – as well as coercive behaviour – by education and social work staff and police. This included the signing of declaration forms.

It is a criminal offence to arrange FGM, so there is nothing legally objectionable in itself to asking a parent to give assurances in writing they won’t do it. What practical effect such an agreement might have, and whether it is being used oppressively – as some parents tell the Cable – depends on the circumstances.

In the bid to stop FGM, and land the first conviction in the UK for the brutal procedure, Asir says Bristol Somali parents have been indiscriminately questioned by police and safeguarding teams. “[This] unfair treatment,” he says, “is clearly damaging the [anti-FGM] programme itself.”

After speaking with Asir, national anti-FGM campaigner Hibo Wardere, tells the Cable she was shocked by the lack of evidence in the collapsed trial, as well as by subsequent stories told to her by Bristol Somali parents.

Wardere, herself a victim of FGM, came from London to observe the collapsed trial. “We campaigners are letting down the community if we don’t speak up for them,” she says. Wardere adds that the case has acted as a wake-up call for Bristol’s Somalis to voice their concerns over how FGM safeguarding strategies are being implemented.

Deputy chief constable Sarah Crew tells the Cable by email, “We know that FGM is prevalent and accepted in a number of countries around the world. Young people in Bristol have told us that this is happening and we must do everything in our power, within the law, to protect them.”

But frustrated members of the Somali community insist the police and authorities are overstating FGM’s prevalence and are damaging community relations with their actions.

Two Bristol mothers, Ayan* and Hibo Mahamoud, separately describe to the Cable how they were questioned by police and safeguarding teams before their families took extended holidays to Somaliland with their daughters.

Ayan says she was also questioned by antenatal teams when pregnant with one of her daughters, having undergone FGM before she moved to the UK. She has since undergone reconstructive surgery and says she is adamantly against FGM.

Safeguarding teams, the women say, insisted they or their husbands signed declaration forms stating that they wouldn’t allow their children to undergo FGM. The two mothers recall being instructed that if the declaration forms were not signed, FGM protection orders would be sought.

These court-instructed orders, which have been in use since 2015, would lead to the confiscation of their children’s passports, on the basis that they were taking their prepubescent daughters on extended visits to Somaliland, an area where FGM is practised. Mahamoud says that the evidential basis for deciding whether a child is at risk is tenuous.

“You can tell the professionals are in a really hard place – they know they have to do this,” says Mahamoud, who has two daughters aged six and nine. There’s a clear need to protect children. But forcing parents to sign declaration forms on the sole basis that they are going on holiday to a region where FGM takes place is humiliating and damaging to community relations, she says.

Asking families to sign a declaration that they understand that FGM is illegal, and that they will protect their daughters from FGM, is outlined in policy by the Bristol Safeguarding Children Board**. The FGM safeguarding guidance by the multi-agency partnership, states, “It is the duty of the investigating team to look at every possible way that parental co-operation can be achieved” and that “if no agreement is reached, the first priority is protection of the child and the least intrusive legal action should be taken to ensure the child’s safety”.

Ayan, a mother of three girls, tells the Cable that both she and her husband were questioned by police and safeguarding teams when their daughters visited Somaliland in 2017. The primary school got in contact after finding out that Ayan’s daughters would be going on holiday to Somaliland. “I was told straight away that I would be referred to social services,” she said.

She was called in for a meeting with the headteacher to discuss the trip, and questioned about her children’s safety. Ayan voiced her frustrations with the process, explaining that she told the headteacher it was discriminatory.

Her two eldest daughters were also questioned by the school safeguarding team and her husband went to Bridewell police station to meet with a safeguarding officer, she says. “He had to sign the declaration form whether he liked it or not,” Ayan says. “He was basically forced into signing things. He was told he couldn’t travel with the kids if he didn’t sign it.”

This type of questioning and pressure to sign declaration forms has had a negative impact on community relations, Ayan goes on. “It doesn’t make you want to integrate, or feel British – it makes you feel less British. It does make you question your identity.”

Zainab Nur, a social worker and project manager at Hayaat Women Trust in Cardiff, a women-led support service for sub-Saharan women living in Wales, has started working with Bristol parents to address concerns with how anti-FGM efforts are handled.

“I don’t know a single woman in my community who would commit FGM on their daughters,” says Nur. “We changed the social norms in our community – a change happened in the late 1980s and 1990s. Why are we being targeted and stigmatised for the actions of our ancestors?”

In practice, as the mothers we speak to acknowledge, anti-FGM efforts are fraught with difficulties as safeguarding teams try to protect children while not damaging community relations.

A spokesperson for Bristol council says, “We aim to work inclusively with community leaders, and have been developing a triage process to ensure our practice supports the strong stance taken by the Somali community on eradicating FGM. We continue to listen to communities to ensure that we are all playing our part to keep children and young people safe from all forms of abuse.”

“We will open a forum to community members and organisations who work on FGM issues, to discuss concerns about how the legislation and guidance on FGM is working in Bristol”

At an FGM conference in Easton in February, attendee Ahmed Duale tells the Cable there are genuine concerns, but also rumours, regarding anti-FGM work, and that clarity in the community is urgently needed. “It’s wrong to think the community was specifically targeted,” he said. The number of FGM protection orders issued and declarations signed is far lower than some speculate, says Duale.

But whether perceived or actual, there is a pervasive sense of unfair treatment within sections of the local community. The atmosphere could prove toxic if not addressed quickly, creating a gulf between safeguarding professionals and families in Bristol.

In March, a group of Bristol Somalis formed an ‘FGM Committee’, made up of seven women and four men. Their main objectives include, “Creating opportunities for the community (mainly fathers and mothers) to participate in the FGM campaign alongside (young) campaigners, and to promote the rights of parents and families.”

They also aim to tackle misconceptions, engage with the local Somali community through education and awareness, and develop links with the police and the Home Office FGM Unit.

Meanwhile, Labour representative Ruth Pickersgill is one of four councillors for Easton and Lawrence Hill who will convene a stakeholders meeting to discuss community concerns. The recommendation to hold the forum came out of the Zero Tolerance for FGM conference in February.

Pickersgill tells the Cable, “We will open it to community members and organisations who work on FGM issues to discuss their concerns about the particular prosecution case, but also the wider issues of how the legislation and guidance on FGM is working in Bristol – and we would ask for ideas about how work in this area could be improved in future.

“The main aim, as always, will be to ensure that we work out how to keep girls safe from any abuse in the most appropriate and effective way.”

One case of FGM is clearly one too many. To keep people working together to eradicate the practice, concerns about the balance between safeguarding children and maintaining families’ dignity need to be dealt with.

* Name has been changed

** Clarification, 23.4.18: An edit was made to clarify that the FGM safeguarding guidance is that of the Bristol Safeguarding Children board, a multi-statutory agency, of which Bristol City Council is but one of a number of partners.

By Alon Aviram  23 April 2018. Reproduced from The Bristol Cable with permission.

Hyperlinks apart from that of the Safeguarding Guidance were added by Shifting Sands.