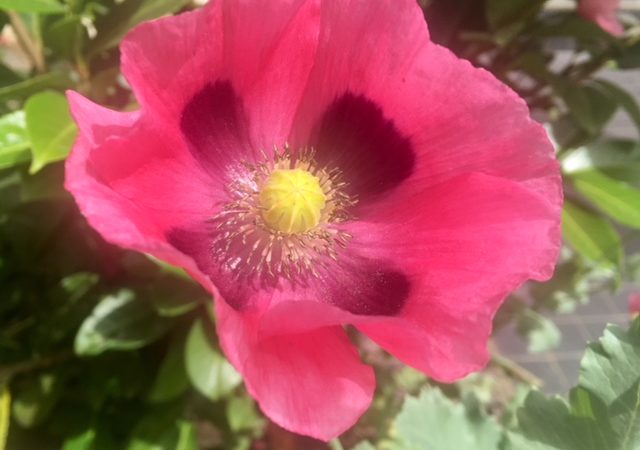 To survive, charities need to be seen to be trustworthy and relevant. So why, despite that there’s no FGM epidemic or ‘cutting season’, are they encouraging us to believe otherwise?

Charities are in deep trouble, many losing public support and funding. Some like Barnardo’s and the NSPCC have become heavily reliant on perpetuating the notion that children are uniquely vulnerable, that child abuse is rife in the UK and they are uniquely positioned to help prevent and address associated problems.

This month, they made a significant effort to raise their profile by propagandising in regard to FGM. The trigger was the release of quarterly NHS FGM data. But in an attempt to promote themselves and their relevance around the issue, they tried to make something out of very little, while emphasising their own importance in efforts to eradicate it.

Barnardo’s, which co-runs the National FGM Centre, issued a news release on June 8th to advise that the data for Jan-March 2018 was available.

That the NHS data is incomplete is evident when we’re told that:

The majority of  cases undertaken in the UK were genital piercings (type 4). Although not stated, this type will have been identified mainly in pregnant, caucasian teens, not in attendees from communities where FGM was practiced.

Nor does the news release mention that the ‘newly recorded’ figure of 1,030 is the lowest ever recorded since data collection became mandatory in 2015.

The NHS site has to be visited to find out that ‘newly recorded’ refers to an individual’s first appearance in the FGM dataset. It does not mean, as is commonly assumed, that the attendance is their first FGM related one, or that the procedure was undertaken in the UK.

That’s less than nine per cent of the estimated 137,000 girls and women affected by FGM in England and Wales. And is likely to be even less – maybe six per cent, because the data is reported for England only. Wales, Scotland and Northern Ireland have different systems.

Perhaps the paltry data helps explains the paucity of comment in the national press since this data was released? But then again, what could they say? Admit they’d got it wrong previously and that the predicted FGM epidemic has not materialised?

Caution is always advised when interpreting the data because completeness is often low and varies by submitter and region. That limitation is often overlooked or ignored when expedient, and data frequently cited as fact.

And although it is mandatory for NHS trusts and GP practices to submit data, the maximum number of organisations who submitted ever was 140 (Q3 2016). Only 122 did in this quarter – the third lowest ever.

Is the NSPCC using FGM to resuscitate its flagging profile around the issue?

The NSPCC (‘the leading children’s charity fighting to end child abuse in the UK’) with a widely publicised FGM Helpline, had pre-prepared by drafting a press release for regional newspapers. All that was needed last minute was the insertion of local data.

The following were among those who dutifully published a version of the NSPCC’s briefings: Norfolk, Bracknell Forest, Bradford, Wiltshire, Kent & Medway, Blackburn with Darwen, Plymouth, Torbay and Cornwall

They published all or a variation of this text:

“New victims of female genital mutilation (FGM) in …… have been seen by NHS services over the last year. While concentrated on larger cities across England, the new figures surprisingly show that cases are also found in the country’s smaller towns and rural regions.

Figures from NHS Digital show that in ….. at least …..new victims of FGM – where female genitals are cut, injured or changed for no medical reason – were seen by doctors, nurses or midwives over the last year. While around 6,400 women and girls with FGM were seen by NHS staff in England between April 2017 and March this year, an estimated 137,000 are thought to have been affected by it.

It is illegal in the UK, and carrying out FGM or assisting in it being conducted, either in the UK or abroad, can be punished with up to 14 years in prison.

A spokesman for the NSPCC said: “FGM is a barbaric practice that leaves its victims physically and mentally scarred. We urge any young women or girls dealing with the physical and emotional impact of FGM to seek help and support. Sadly this abuse is all too commonplace – since the launch of our FGM helpline in 2013, we have received hundreds of calls from members of the public, as well as professionals who have questions about how best to support women and girls at risk of this complex form of abuse. Of those recorded as victims of FGM in the first quarter of 2018, the most common recorded injury was partial removal of genitalia.

The Department for Health’s decision to include genital piercings as a form of FGM in 2015 caused controversy, but the figures show that these account for only a small portion of the recorded cases. In nearly half of cases, the type of injury was not recorded. As well as providing treatment for injuries sustained through FGM, NHS services also advise patients on the illegality of the practice, and provide advice on its long-term health implications.

FGM is most commonly carried out within communities from Africa, the Middle East and Asia, and young girls are often flown abroad for ceremonies where FGM is performed.”

All newspapers reported that ‘new victims’ of FGM were being seen. But these are historical cases who happened to have been seen for the first time by the NHS since 2015. They had not happened recently in Britain. In the past, some may have, but it’s unlikely.

Bristol played fast and loose with its interpretation and asserted in their headline: ‘Hundreds of young girls are having their genitals mutilated in Bristol.’

‘Thousands at risk during the cutting season’?

Barnardo’s used its press release as an opportunity to let imaginations run riot. It flagged that the National FGM Centre was advising teachers to be aware of signs that a girl may be at risk of undergoing FGM abroad, as the ‘cutting season’ approaches. It wrote:

“The so-called season arrives at the start of the summer holidays, when potentially thousands of UK girls could be flown abroad to unwittingly undergo the procedure. The National FGM Centre says any teacher who suspects a pupil is going overseas for this purpose should follow normal safeguarding procedures. But these professionals can only help protect children by knowing what to look out for.

Some indications may come from the child. She might: Begin to tell her friends about FGM; Confide she is going to have a ‘special procedure’, or attend a special occasion to ‘become a woman’; Talk about looking forward to a long holiday to a country where the practice is prevalent; Approach a teacher or another adult if she’s aware or suspects she’s at immediate risk.

The child’s parents may unwittingly give the following clues: Say they are taking their child out of the country for a prolonged period of time; Ask permission to take their daughter out of school during term time; Talk about looking forward to a long holiday to a country where her relatives live and where the practice is prevalent; Mention they are going to a country with a high prevalence of FGM, especially during holiday periods.

The National FGM Centre trains professionals to spot the signs which may suggest girls have had FGM These include difficulty in walking or sitting down comfortably, taking a long time in the toilet, or a significant change in behaviour such as becoming withdrawn. This is, as figures published this week show, that we still have a long way to go before new cases are stopped.”

Barnardo’s last word is given to Leethen Bartholomew, Head of the National FGM Centre, who (predictably) said: “Much more needs to be done to support survivors of FGM and protect girls who are at risk. FGM is child abuse and no girl should ever have to live with the harmful physical and emotional consequences of this practice. We hope our reminder of the signs will help not just teachers but all agencies to prevent FGM from happening by identifying girls at risk and helping to prosecute those who fail to protect girls from this type of abuse.”

Shouldn’t these organisations concentrate on addressing problems in the real world if they really want to regain lost trust and be seen to be relevant? Reputations are precious and take time to build, but can tumble quickly, as e.g. Oxfam and MSF charities are discovering. They need also to consider how damaging the propaganda they promote is to the lives of people at the receiving end, particularly when translated into action.