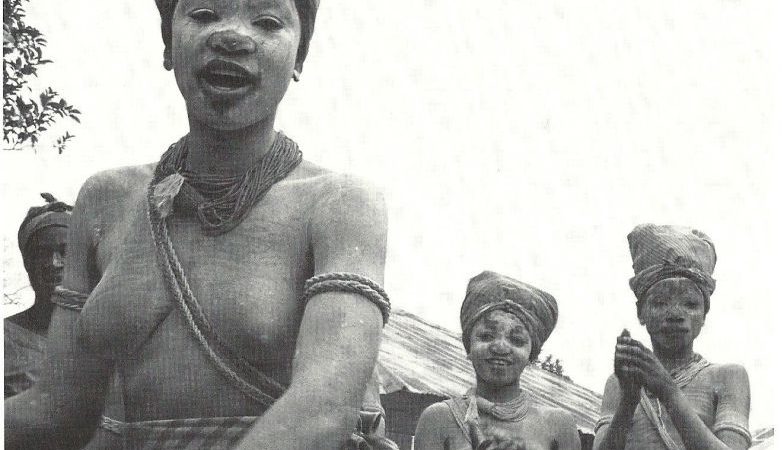 It is rare to come across an article that describes why and how girls are initiated in societies that practice female circumcision, where the latter is part of the important rite of passage that initiates undergo in order to have membership of the institution conferred. The piece is reproduced here, in full.

“Among the Mende people of Sierra Leone, newly initiated girls in Sande are referred to as Mbogboni, girls and women who are not members of Sande are known as Kpowa. The general membership of Sande are Sande Nyaha (Sande women), which applies to all women who practice Sande. Other ethnic groups in Sierra Leone refer to the institution as “Bondo;” so in Sierra Leone and other countries, Sande and Bondo are used interchangeably.

Geographically, in addition to being practiced in almost all regions and by most ethnic groups in Sierra Leone, Sande/Bondo also stretches beyond the borders of Sierra Leone; it is the one association for women, which has a non-centralized membership among many ethnic groups in West Africa, including Liberia, Guinea, Ivory Coast; Sande/Bondo is therefore, intercontinental in scope.

For the life of its members, Sande/Bondo is an all-encompassing institution, which touches on all areas of a woman’s social, political, educational, and artistic life. In its practices, Sande/Bondo maintains the tradition of respect for elders in the society and is structured to reinforce this tradition. Older women take the lead and responsibility to provide support and mentorship to younger women as they impart knowledge that the younger generation would not learn otherwise. These elders teach their mentees about the fundamentals of life, mysteries of fertility and reproduction, dances, songs, fashion and the art of beauty.

Among the Mende people, Sande, as an institution, is structured in hierarchical order with an overall leader and many officers presiding at various levels; the officers are usually made up of a number of women in the community. These are women who have gone through the necessary Sande processes and have attained the status of their levels. A Sande officer is known as Sowei (plural is Soweisia), the leader of the Sowoisia is the Sowokinde or Sowomahi. The Majo is the Sowei who performs the circumcision; her deputy, the Ligba, is the nurse and nurturer of the Gbogbonis. Becoming a Sowokinde or Sowomahi means the woman is a knowledgeable authority and protector of Sande traditions, she is a:

Teacher for women, who knows the female side of life; is the most learned among the women and she establishes Sande schools for the purpose of instructing all junior women in medicine, childbirth skills, dance, singing, arts and crafts.
Judge among women, who is the embodiment of feminine wisdom, is the most honest, impartial and capable of adjudicating and resolving conflict between Sande women and representing Sande women in the legal system for wrongs against individual Sande women and the Sande society.
Healer for women, who has passed through the developmental phases of a woman’s health; she knows the secrets of the female body; she understands pregnancy and childbirth; she uses her knowledge of herbal medicine to treat health conditions in women and maintains their health and energy.

In this way, the Sowokinde or Sowomahi is the legal authority with the knowledge and wisdom to enlighten Sande women, apply Sande rules and regulations, and administer healing and comfort to Sande members in the community.

SANDE RITES OF PASSAGE
As we have indicated before, Sande knowledge cannot be condensed into a book or any other written form; it is as complex and dynamic as the people who embrace its practices. Sande knowledge is passed down from generation to generation, through rites of passage, which begins with new initiates entering a sacred grove called Kpangwima, for a period of time. The kpangwima is off limits to non-members, children and men; what takes place at the kpangwima is for the knowledge and benefit of enlightened Sande members only and not to be discussed with the kpowas or men.

The women and new initiates retreat into this sacred space that is specifically constructed for the occasion and shielded from public view; it is usually located in a quiet area on the outskirts of town, close to a stream or river. Similar to what is done in the men’s poro society, initiation begins with circumcision of the Gbogbonis upon entry. The first girl to be circumcised becomes the Kema or leader in her cohort of initiates; so begins her leadership training throughout their session.

Throughout the year in various localities in Sierra Leone, new sets of young women are initiated into the membership of the Sande; they are secluded from their families and communities for a period of time in which they are educated in Sande knowledge, practical life skills, proper social and sexual behavior, and motherhood. The first couple of weeks in the Kpangwima are dedicated to the new initiates healing process; during this period, the Ligba or Sowei Nurse, along with other women, help to nurse the new initiates and care for and pamper them. Also during this period, the girls are not allowed to leave the immediate areas of the Kpangwima and non-Sande members are not allowed in the kpangwima nor see the new initiates. When the new initiates go out in the open, they must be covered in white clay, which not only disguises them but also nourishes their skin.

But the Kpangwima is not just for the new initiates, it is generally a retreat for all Sande women; women give birth in the hands of the birthing Sowesia, women who need healing retreat into the Kpangwima, women who want advanced training in sande knowledge do so in the Kpangwima.

Through the Sande rites of passage, Sande imparts education, advocacy and empowerment to the next generation of women; the young women who go through this rite of passage enter Sande as kpowa, which refers to a person who does not understand the fundamentals of life and when they emerge from the kpangwima, they rejoin society as enlightened women who embody the values of womanhood with full understanding of life and societal relationships.

Membership in Sande society is forbidden for men, without exception. However, there are spaces in the men’s Poro society for women. In an official capacity in the men’s poro society, a Sande woman known as Maboi, acts as a revered matron for the men’s poro society as well as being an official of the Sande society. Mende is one of the few ethnic groups in which women can become Paramount Chiefs, a woman who is elected to this position must become a member of the men’s Poro; a woman can also inherit poro membership as an heir of a poro official.

FEMALE SOLIDARITY IN SANDE
Sande is not a centralized institution nor does it have a rigid pattern; Sande is very adaptive to the locale, resource availability and community support. In the sacred space of kpangwima, women form bonding relationships that the Mende refer to as nya mbaa (my mate, my pal, my buddy), which translates into a lifetime of sisterhood. The mbaa relationship does not end when the Sande session ends, the women remain mbaa for life, a sisterhood and female solidarity that creates social support networks for women in society. Sande women are known to defend other Sande nyaha against male exploitations, abuse and disrespect. When a male in the community abuses a Sande woman, all Sande women take offence to his wrong doing as a group and the perpetrator has to face the wrath of the Soweisia (elder Sande women) in that community.

This bonding empowers women as pillars of their community through collective action in ways that lessens some of the impacts of patriarchy. Sande officials maintain status in their communities and contribute to the rules and regulations that govern social interaction between men and women; which brings balance in the power of men in society.

In Sande communities, there are strict social rules on how Sande women must be treated by men; e.g. a Sande woman is not to be abused verbally or physically; the Sande elders will take action against any perpetrator in a court of law or by customary resolution. Sande society advocates for its members who are mistreated, particularly by men, it is common knowledge in most Sande communities that when one Sande woman is mistreated, all Sande women take offense to the wrong and defend their Sande sister.

In this way, the Sande society engenders unity among women; the bonds that are created in the Kpangwima sustain each woman in many ways throughout her life span. Sande creates a common bond that unites women regardless of their ethnic, religious or economic background. Sande women provide social support for each other throughout their life stages.”

This was first published here in Mama Salone in August 2015.